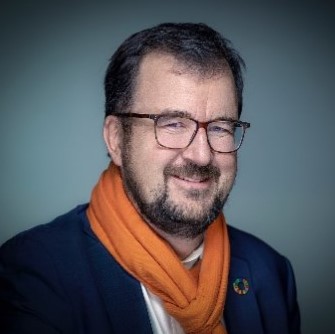 Managing Director and Founder, Blue like an Orange Sustainable Capital

Bertrand Badré is Managing Director and Founder of Blue like an Orange Sustainable Capital. Previously, Bertrand was Managing Director of the World Bank and World Bank Group Chief Financial Officer. Prior to this, Bertrand was group Chief Financial Officer at Société Générale and Crédit Agricole and served as a member of President Jacques Chirac’s diplomatic team as his deputy personal representative for Africa. He spent seven years at Lazard in New York, London and latterly in Paris as Managing Director where he co-led the restructuring of Eurotunnel. He started his career in Paris as an Inspector, then Deputy Head, of the auditing service of the French Ministry of Finance. Bertrand served on the board of Canadian Fintech Wealth Simple and he is a non-Executive Director at Getlink (Groupe Eurotunnel). Bertrand wrote a book “Can Finance Save the World?” prefaced by Emmanuel Macron and Gordon Brown and translated in multiple languages. Recently he wrote the book « Voulons-nous (sérieusement) changer le monde? », prefaced by Erik Orsenna. Published articles include “From Billions to Trillons: MDBs contributions to financing for development”, the first joint report from the IMF, EIB, Regional Multilateral Development Banks and the World Bank Group. Bertrand is a graduate of ENA, Sciences Po and HEC.